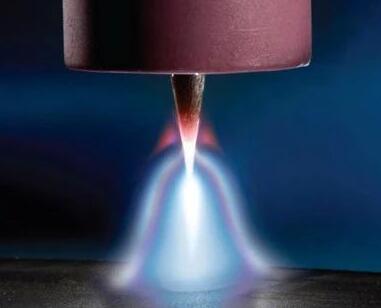 The welding arc is a strong and persistent gas discharge phenomenon. A large amount of thermal energy and intense brilliance are generated during this gas discharge. Generally, the gas is not electrically conductive, but under certain electric and temperature conditions, the gas can be dissociated and electrically conductive. The welding arc is to ionize the gas medium in the arc space under a certain electric field, so that the neutral molecules or atoms are dissociated into positively charged positive ions and negatively charged electrons (or negative ions). The two-pole direction of the electric field causes the local gas to conduct electricity and form an arc.
There are two methods for the ignition of a welding arc: contact arc ignition and non-contact arc ignition. Manual arc welding is performed by contact arcing. When the arc is triggered, the electrode is instantaneously contacted with the workpiece to cause a short circuit. Since the contact surface is uneven, it only contacts at some points, so the current density at the contact point is quite large; in addition, since the metal surface has dirt such as scale and the resistance is also relatively large, a considerable resistance is generated at the contact. The heat causes the metal here to heat up and melt quickly and begin to evaporate. When the electrode is gently lifted, the space between the end of the electrode and the workpiece is filled with metal vapor and air, some of which may have been ionized. At the same time, as soon as the electrode is pulled open, the cathode will emit electrons due to the higher temperature at the contact and the closer distance. The electrons move toward the anode at a high speed and collide with the gaseous medium in the arc space. As a result of the collision, the gaseous medium is further ionized while the arc temperature is further increased, and the arc begins to ignite. 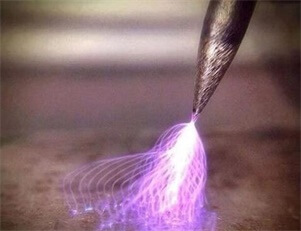 As long as a certain voltage can be maintained at this time, the discharge process can be continuously performed to continuously burn the arc. Non-contact arc ignition generally uses a high-frequency or high-voltage pulse arc-trigger device to generate a strong field emission on the surface of the cathode, and the emitted electron flow collides with the gas medium to dissociate and conduct electricity.

The main properties of the arc are:

(1) The voltage for maintaining the arc discharge is low, generally 10 to 50V.

(2) The current in the arc is very large, ranging from a few amps to several thousand amps.

The arc can emit very strong light. The wavelength of the arc of the arc is ((1.7~50) x107m. It includes three parts: infrared, visible and ultraviolet.